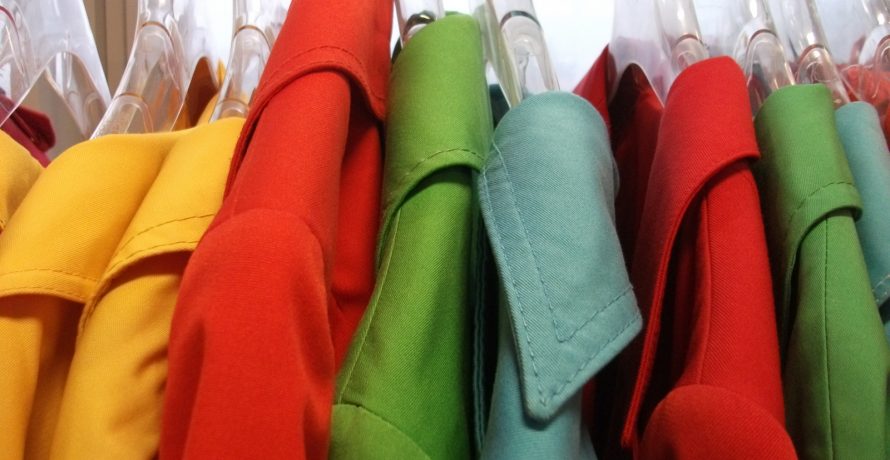 In 1994, the year of its foundation, the town museum did not have a single historical exhibit. The museum began its work with completely empty archive and exhibition rooms. In the meantime, “Stadtmuseum Nordhorn” owns an extensive and steadily growing collection of historical exhibits and photographs.

Immediately after the bankruptcy of NINO, once the largest textile company in Nordhorn, and the cessation of production at the Rawe textile factory, the town museum rescued a large number of materials on textile history from the offices, factory halls and company archives. Several other companies, institutions and associations have since donated further valuable objects to the museum. In the attics, cellars, wardrobes and wall shelves, many people from Nordhorn found memorabilia that they contributed to the museum’s collection. The textile and clothing industry in the Graftschaft Bentheim district also regularly contribute current products to the collection. In this way, the town museum also preserves the here and now, and in this way secures future research into the textile and regional history of the Grafschaft Bentheim district.

The estate of the textile companies NINO, Rawe and Povel contained around 10,000 industrial photographs and factory views, mainly from the 1950s to the 1990s, taken by important photographers such as Paul Wolff, Alfred Tritschler, Otto Steinert and Charles Compere. In addition, the town museum was able to add several series of pictures by local photographers to its collection. Stadtmuseum Nordhorn thus has a collection of photographs that is unique in Germany. The classic working and machinery world of the textile industry of the last 20th century can be documented using the example of the Nordhorn factories.

More than 100,000 fashion photographs were found in the advertising archive of the textile company NINO after the company went bankrupt in December 1994, including a large number of photographs by such internationally outstanding photographers as Helmut Newton, F.C. Gundlach, Frank Horvat, Christa Peters, Rico Puhlmann and Regina Relang. Until well into the 1970s, no other German textile company invested as heavily in advertising its products as NINO.

A large number of fashion reports were published on behalf of NINO. Illustrated magazines such as Stern and Twen, women’s and fashion magazines of all Western European countries such as Vogue, the Italian Alba or the West German Brigitte, Petra and Constanze contained NINO advertisement series.

In addition to fashion and industry, the town museum specifically collects holdings on regional history. The extensive collection documents the changes in the urban landscape of Nordhorn and the Grafschaft Bentheim district. The focus is on two photograph collections:

The photograph collection Zahn of the former photo studio on Stadtring in Nordhorn comprises more than 10,000 photographic objects with, among other things, more than 1,000 historical glass plates. As a second large collection, the town museum preserves the photographs of the Heekeren photo studio from 1927 to 1997. Private photographs and photo albums complete the visual journey through the 20th century. An extensive selection of historical photographs can be found on the museum’s own participatory website at fotosammlung-stadtmuseum.de.

As in the field of textile history, the collection of the town museum is not limited exclusively to photographs. The town history collection contains a continuously updated collection of historical postcards, address books, historical town maps and town brochures. Several jubilee publications document the life of Nordhorn’s clubs and associations as well as the history of important institutions in the town. Original paintings and drawings by regionally important draughtsmen and painters such as Wilhelm Frantzen and Hans Ohlms document artistic views of urban development in past decades.

You can find out more about which cookies we are using or switch them off in settings.

This website uses cookies so that we can provide you with the best user experience possible. Cookie information is stored in your browser and performs functions such as recognising you when you return to our website and helping our team to understand which sections of the website you find most interesting and useful.

Strictly Necessary Cookie should be enabled at all times so that we can save your preferences for cookie settings.

If you disable this cookie, we will not be able to save your preferences. This means that every time you visit this website you will need to enable or disable cookies again.