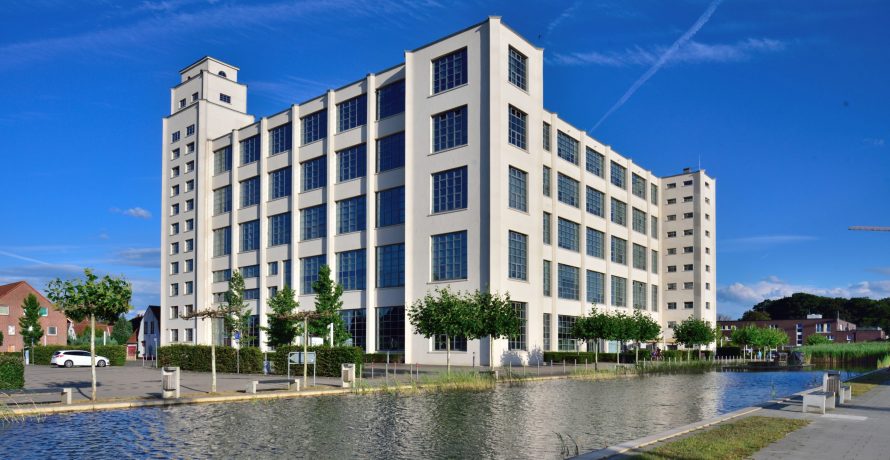 On the first floor of “NINO-Hochbau” we present Nordhorn’s great textile and fashion history on an area of more than 1,200 sqm. The phrase “Nordhorn hangs by a thread of cotton” applied for over 100 years. At the beginning of the 1960s, the town’s large textile companies – NINO, Povel and Rawe – had a work force of almost 12,000, producing millions of metres of fabric year after year – a time in which NINO company in particular rose to the “Champions League” of the European textile industry. Like many other textile factories based in Western Europe, NINO, Povel and Rawe had to face the distortions of globalisation that began in the 1970s. In the summer of 2001, Rawe, the last of the once “Big Three” textile factories in Nordhorn, discontinued production. The textile and clothing industry in the Graftschaft Bentheim district repositioned itself – the town museum also shows the textile world in the Grafschaft Bentheim district today from fabric and findings traders to fashion and workwear as well as quality assurance.

In the permanent exhibition located in the NINO high-rise building, the museum presents numerous photographs, film and television reports, company magazines, paintings, work certificates and objects relating to the textile industry in the Grafschaft Bentheim district. The exhibits provide a comprehensive insight into the working world of Nordhorn’s industrial history. A unique part of the exhibition is the insight into the collection of industrial and fashion photographs, which is unique in Germany, including pictures by the photographers Rudolf Bulla, Charles Compére, Otto Steinert, Ferdinand Tesch, Alfred Tritschler and Dr Paul Wolff.

Keyword: Textile culture
The permanent exhibition of the town museum is a tribute to the fashion and advertising world of Nordhorn’s textile industry. A constantly changing selection from the more than 100,000 photographs in the museum collection, fashion magazines, original garments made of NINO, Povel and Rawe fabrics, hundreds of pattern books and sample coupons, collection catalogues and promotional items of the NINO, Povel and Rawe history combine to create a time travel through the fashion world of the post-war decades inspired by the textile workers of Nordhorn.

A large part of the fashion photographs on display were taken in the course of brand advertising for clothing made of NINO fabrics, such as the famous “NINO Flex Coat”, which was staged between 1950 and 1990 at a cost of millions. Fashion reports illustrated worldwide in magazines such as “Vogue”, “Stern”, “Brigitte”, “Petra”, “Film und Frau” or even the 60s cult magazine “TWEN”. Discover images by legendary photographers such as Helmut Newton, F.C. Gundlach, Guy Bourdin, Frank Horvat, Hans-Günther Kaufmann, Charlotte March, Christa Peters, Rico Puhlmann and Regina Relang. Themed islands also tell the story of NINO’s cooperation with famous designers such as Karl Lagerfeld, Daniel Hechter and Heinz Oestergaard.

To round off the journey through time in the world of textiles and fashion, the town museum invites everyone to try out historical clothing for themselves in the “Dressing Room”.

We look forward to seeing you!

Discover the „Stadtmuseum“
virtually on the screen
or with VR glasses.