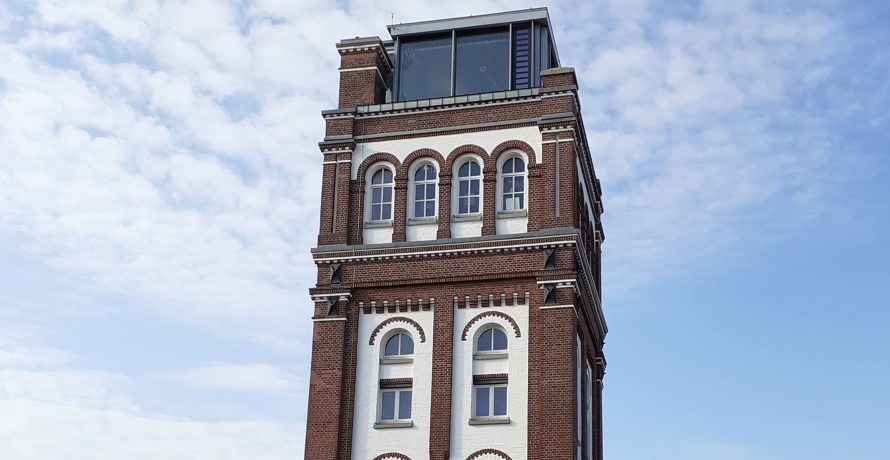 In the “Povelturm”, we  invite you to travel back in time through the history of Nordhorn with regularly changing special exhibitions. The focus is on the development of the town in the north-west of Germany bordering on the The Netherlands.

Nordhorn received its town charter as early as in 1379. During the following centuries, cross-border shipping on the river Vechte towards Lake Ijssel was the most important source of income. This came to an end in the early 19th century. For decades, Nordhorn fell into a first structural crisis, which only ended with the establishment of the first textile factories in 1839. The trading town on the river Vechte became an industrial town in the border region to the Netherlands.

The start of mass production of apron fabrics, the “Waterschürzen”, in 1889 marked the beginning of Nordhorn’s rapid rise to become one of the most important centres of the German textile industry with its population of just 3,000. A rise that made Nordhorn seem like a “Little America” in the 1920s.
Until well into the 1970s, the textile industry with its large companies NINO, Povel and Rawe boomed and shaped the entire social, economic and cultural life of the town. Around 1960, 12,000 people worked in the Nordhorn textile industry. The population increased to over 50,000 people. Nordhorn became the centre of the Grafschaft Bentheim district.

The top gallery in Povelturm offers a spectacular view over Nordhorn. Here you will also find our “Hoch5” museum coffee shop. Finish off your visit to the museum with a delicious cocktail in our coffee shop !

We cordially invite you to an extraordinary journey through time !